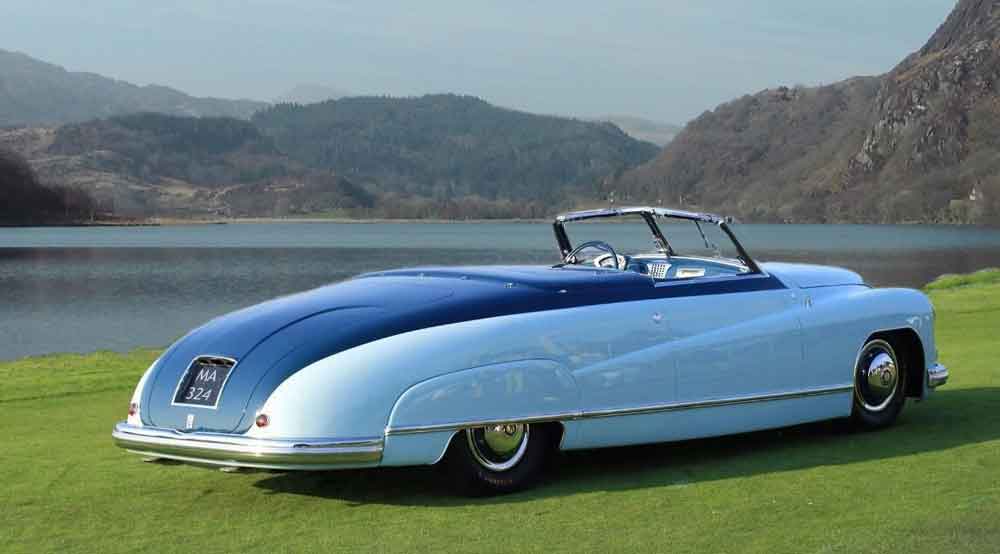 The end of car making

After the end of World War II Italy was teetering on the brink of chaos. Communist cells were stirring up trouble all over the country and the government was forced into agreeing that no workers could be sacked even if there was little or nothing for them to do! The country was forcibly demilitarised so the market for aero engines and other tools of war dried up completely. Work had to be found for the workers.

Isotta-Fraschini had been fortunate in suffering less than many other companies and it was soon back in production creating textile machinery, lorries and the still successful marine engines. Inflation however was running wild. Competition from American companies which, by and large, had had a good war was intense. The home market had pretty well dried up and export opportunities were few. A new product was needed.

Once again Caproni turned his attention to cars. The company had never had an economy model, but this is what he decided was the only hope. It was not to be called an Isotta, since they wanted to avoid devaluing the brand, and the name chosen was SEMSA-Caprioni.

He brought in top Italian designer Ing Fessia and the result was a cheap but ugly car with a 1250 cc overhead valve flat four cylinder engine driving the front wheels. Despite it's appearance it might still have been a relative success but Italy was in such a state at the time that the chances of getting into serious production were near zero and by 1949 it had been abandoned.

It was time for a last throw of the dice. The decision was made to go back to producing an ultra-luxurious car for export.

This car was the 8C Monterosa and at the time it was one of the most beautiful cars in the world. The talented designer Fabio Lucio Rapi created it and the only part of the car which survived from the old carriages was the eight cylinder engine. Aluminium alloy was used for the block which reduce the weight of the engine considerably; just as well since it was to be situated at the rear of the car. After experiments with smaller engines a 125 horsepower 3.4 litre size was decided on, which gave a genuine 100 mph performance. Roadholding and cornering were said to be excellent.

A convertible roadster, two-door sports saloon and a large four-door saloon with space to seat six people were to be available. It had hydraulic shock absorbers, four wheel hydraulic drum brakes and even hydraulic jacks on all four wheels. On the drawing board for future models was a preselector gearbox, fuel injection and even fully automatic transmission.

Despite all this the car was a failure. it was about three times the price of a Cadillac and simply too expensive for the post-war market. In 1949, after six months and sales of between six and 10 cars, the project was pulled.

Isotta-Fraschini's days of car manufacturer were at an end.