By the beginning of the 1930s new management was in place in the form of Gian Ricardo Cella and Ludovico Mazzarotti-Biancinelli. by now it was obvious that the company needed to move on from the luxury car market which was already overcrowded now that the demand for stately conveyances had evaporated. Ideally they should manufacture a smaller car but they had little experience of this. Would a tie-up with another mass production car manufacturer help?

Henry Ford, in Detroit, was concerned about tariff barriers being put up against his cars and so he wanted to either set up a manufacturing plant himself in Italy or find a company that could manufacture the cars on his behalf. At the time he was producing aircraft as well as cars and since Isotta Fraschini had a very useful and profitable sideline manufacturing aero engines a tie-up between the two companies seem logical and they were soon in close negotiation.

Attempts to assemble Ford cars in Italy had already fallen foul of the fascist dictator Benito Mussolini. He did not want any foreign investment in the country and in particular he didn't want any other country to have any control over products that he felt were of strategic importance. In November 1929 he pushed through a bill which included cars as being products of national importance and there was a stipulation that 100 percent of the parts that went into Italian made cars were manufactured in Italy. However Ford was not the sort of man to give up easily.

He reasoned that if he came to an agreement with an Italian car manufacturer that they would – at least nominally – stay under control of the existing management, but they would build Ford cars under licence provided that they guaranteed to sell at least a fixed number into the home market. This seem like the perfect answer for Isotta-Fraschini, who could then have had an injection of capital as well as a mass-market product to sell but once again Mussolini stepped in and vetoed the whole idea. Ford were forced to sell land that they had earmarked for production and a new import tariff of 130% was slapped on cars - excellent news for Fiat which had a virtual monopoly of small car sales in Italy but no help at all to Isotta-Fraschini.

By 1933 their car manufacture had virtually come to an end and Giustin Cattaneo had left the company. By 1935 the last car for a long time had been made. 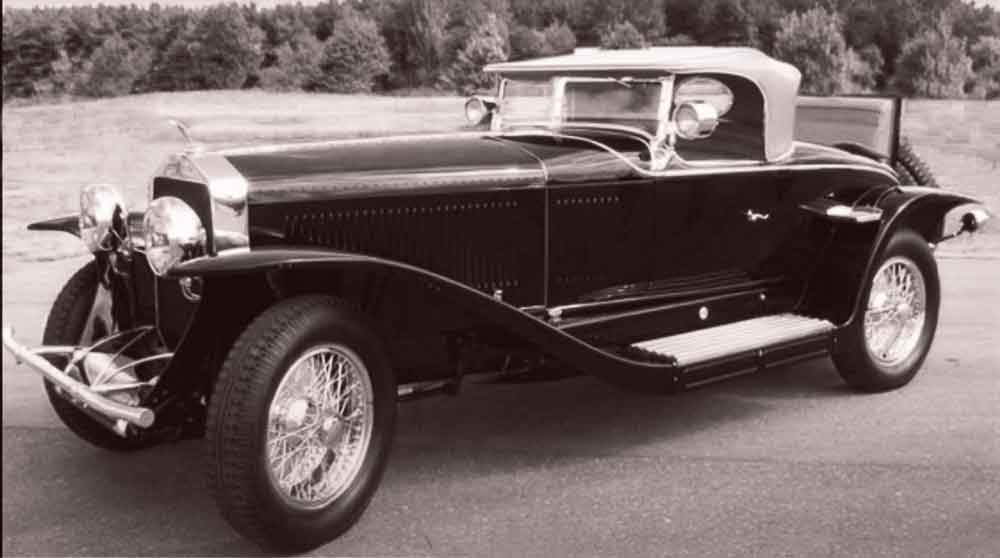